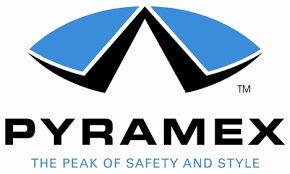 Veteran Entergy lineman Pat Landry went to work Dec. 10 just as he had every day for the last 12 years. That day, he and the rest of the four-man Entergy crew rode out to Sunset. The crew was installing a new 3-phase recloser, a device that prevents all customers on a line from losing power during an outage by isolating the outage to a small area and allowing power to flow along the rest of the line.

Like other linemen, Landry knew well the bucket ascended 40 feet, he was in full safety gear, including safety glasses, hardhat, rubber sleeves, gloves and flame-retardant clothing.

This commitment to safety saved his eyesight, and possibly his life.

The energized line carried 20,000 volts of electricity. Landry began moving three disconnects from a bottom set of double arms to the upper set of double arms, the first step in the task. Suddenly, a ground-to-phase fault caused an electrical flash that seared his face, melted the front of his safety glasses, burned his hard hat, and burned the rubber sleeve and glove of his left hand. Landry was stunned. I knew that I had been exposed to the flash, but to what extent the burns were, I had no idea, he said. The slogan we have outside the back door of our office: Daddy, PLEASE WORK SAFE TODAY, LUV YOU! really ran through my mind a lot. I didn’t know if my wife or my kids could even look at me the same way they did before the accident.

The crew sprang into action. They lowered him to the ground, called the OIC in Baton Rouge to dispatch an ambulance, and administered first aid.

I would like to give the rest of the crew that was with me the credit they deserve? Landry said. Jamie Fabre, Chad Landry, and Shannon Anderson acted with professionalism and used their training. They called the OIC for the ambulance, responded to my injuries, and remembered the gel blanket. Each step they took was quick and accurate. They made me as comfortable as they could until the ambulance arrived.

Landry removed the safety equipment, which was severely burned. Although he had received 2nd and 3rd degree burns to his face and left ear, his eyesight was intact. There’s no doubt that the safety equipment saved my eyes, he said. The flash melted the outside of the safety lens, but my eyes weren’t burned. The rubber sleeve and glove were burned, but I received no burns on my arm or my hand. The flame-retardant jacket was discolored, but it didn’t burn me. The gel blanket placed on his face by the crew has proved to be an important part of Landry’s recovery. It was really beneficial, and it works! The doctor said that the burns would have been much worse without it, he said.

Landry is expected to make full recovery, and will be visiting the networks with the burned safety equipment to show how it saved his eyes, and potentially his life.

I’d rather it hadn’t happened at all, but I’m glad I have the chance to show how important the safety equipment is, Landry said. Because of it, I can still see. The burns are still healing, but it could have been much worse.